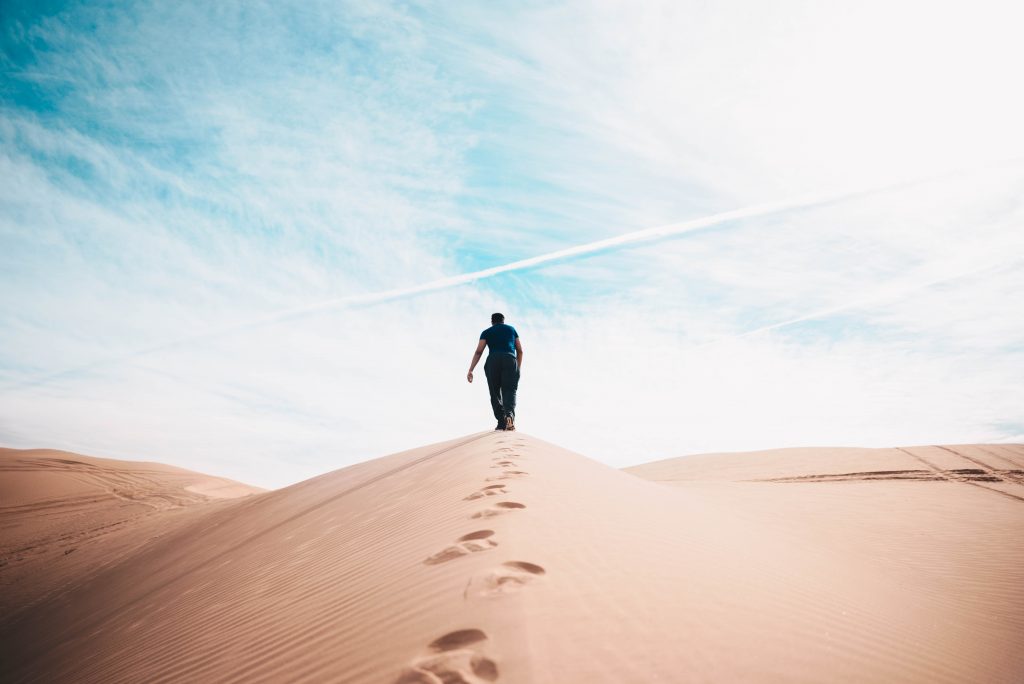 If you’re lost in the desert or in a thick woods landscape and you feel like you’re walking in circles, you probably are. Without milestones, people generally stroll around and around, a 2009 study found.

The finding emphasizes the importance of being prepared if you’re going to set off into the wilderness or even into a maze of city streets.

FOR WHAT REASON WOULD WE BE ABLE TO WALK STRAIGHT?

Researchers started to make gain in addressing this deep-rooted question. “Just walking in a straight line seems like such a simple and natural thing to do, but if you think about it, it’s quite (a) complicated thing going on in the brain,” said Jan Soumen, a psychologist at the Max Planck Institute for Biological Cybernetics in Tubingen, Germany.

“After these experiments, I would never go into a big forest or desert without a compass or GPS anymore,” he said.

Soumen’s project started when a German popular-science television show approached his group with a viewer question: Why do people walk in circles when they’re lost?

At first, Soumen wasn’t sure if that common sensation was actually true. When lost, he suspected, people might veer to the left or right. But he didn’t expect them to actually walk in true circles.

To find out, he instructed nine people to walk as straight as possible in one direction for several hours.
Six walkers forged through a flat, forested region of Germany. Three trekked through the Sahara Desert in southern Tunisia. (A sandstorm stopped further testing in the desert). All walkers wore GPS receivers so that the researchers could analyze their routes.
The results, published in the journal Current Biology, showed that no matter how hard people tried to walk in a straight line, they often ended up going in circles without ever realizing that they were crossing their own paths.
But there’s a twist.
Circular walking befell only the four forest walkers who had to walk in overcast conditions and the one desert walker who walked at night after the moon had set. Those who could see the sun or moon managed to travel fairly straight.
What are you doing in your sales strategies to provide yourself a virtual sun or moon?
I suggest hiring yourself a mentor and keeping good records about your progress for your own self comparison.
Mentors allow us to walk through basic strategies that can easily be forgotten when “we can’t see the forest for the trees.” Accountability is important. Checking your progress and comparing it to your progress weeks or months ago. Also is healthy.
Are you tired of going around in circles in your professional life? A mentor, like a GPS or the sun or the moon, can make all the difference.
Comparing records also are paramount for “walking a straight line.” Just as landmarks and maps would have kept those walking in the desert or forest would have helped them walk straighter, comparing your own progress over time also will help you move more toward progress.
C&W encourage you to use the findings in this study to help you learn to walk a straight line in your business and your professional life.